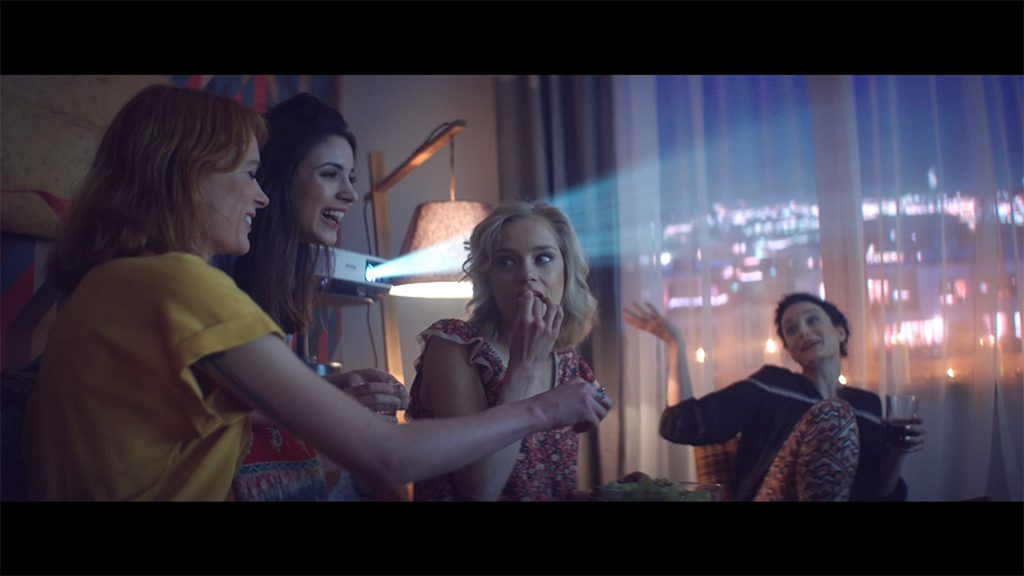 Murapol Group’s TV advertising campaign prepared by Whizz has recently been launched. A spot featuring Magdalena Różczka and Katarzyna Smolińska is now broadcast on such channels as TVN, TVN24, Comedy Central and player.pl

The commercial created by Whizz presented emotions of a young girl (Katarzyna Smolińska) that accompanied the activities and events taking place in her apartment. The enjoyment that comes with the freedom of her own space allows her to easily turn the apartment into a fitness club, a cozy SPA or a temple of art at the same time. She experiences a range of intense emotions, such as friendship, sadness after breaking up with her boyfriend or happiness of finding new love. Magdalena Różczka, as the narrator of the story, emphasizes that an apartment we own is more than just four walls. It is a place where one can spread their wings, enjoy their time, play and love.

The spot was directed by one of the most talented artists of the young generation – Jan Holoubek. Throughout his career, he co-created such films and series as Lekarze, Prokurator, Pocztówki z republiki absurdu or Po prostu przyjaźń. The spot was filmed by Bartłomiej Kaczmarek. The scenic design was prepared by Janusz Mazurczak, a highly respected theatrical, television and film stage designer, and in recent years, a co-author of many famous commercials of major brands. The song “Open my eyes” featured in the commercial is performed by an Irish-English singer and rapper, Maverick Sabre.

Toward The Past: Commercials created by Whizz on TVN, TVN24, Comedy Central and Player.pl

Toward The Future: Innovative use of the 360-degree technology in Murapol Group commercial on Player.pl