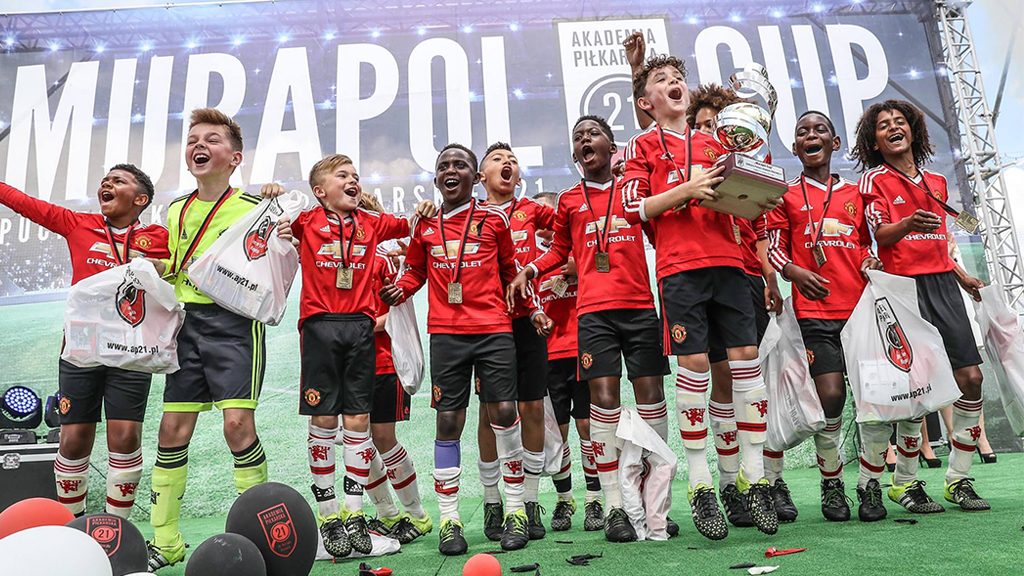 The most talented young football players from around Europe presented their skills last weekend in Krakow. The winners of the Murapol Cup Final were Wayne Rooney’s successors. Thanks to Whizz S.A. a live broadcast of every tournament, the match could be watched by fans across the world.

Last weekend Krakow turned into a real capital of European children’s football. The Murapol Cup tournament held from Friday to Sunday hosted the most talented young players from England, Germany, Sweden, Ukraine, the Netherlands and Polish football club schools. For the first time in the 7-year history of the tournament, the young Manchester United players triumphed. The Murapol Cup, organized by the Football Academy 21 with the support of Whizz S.A. offers more than just very strong teams and a high level of sports. The participants do not stay locked in the football center for the whole stay, but they also sightsee Krakow and get to know Poland. The way the participants are taken care of is fantastic.

The Murapol Cup is not just about football and memorable moments on the football field, but also emotions outside of it.  “We don’t often participate in foreign tournaments, but we’re always happy to come to Krakow” – says Eamon Mulvey, the coach of the Manchester United academy.

Tomasz Frankowski, one of the originators of the Murapol Cup, notices that not only young footballers leave Krakow with good memories, but also their caregivers. – “Thanks to this family atmosphere, every subsequent edition of the tournament is a real holiday for hundreds of people from Poland and Europe” – says the multiple champion and representative of Poland.

Toward The Past: Manchester United wins the talent-studded football tournament for children in Poland

Toward The Future: The Top Model finalist becomes the face of Whizz campaign